Over three hundred miles south of the elfin escalator and the monster member, Hadaka Matsuri had already happened at the Saidaiji Temple in Okayama. On a cold Saturday in February, ten thousand naked men had crouched in a freezing fountain, hugging large blocks of ice, and prayed. From a window thirteen feet above them, a priest threw down two eight-inch wooden batons, triggering a fierce battle for possession. The first contestant to thrust the sticks upright into a bucket of rice was blessed with a year’s worth of good fortune. A naked man has a greater ability to absorb evil spirits, and clothes would have simply been in the way.
The Japanese actually have a word, as they have a word for many things we don’t, which describes any attempt to explain them. Nihonjinron refers to issues of Japanese national and cultural identity and how Japan and the Japanese should be understood. The volume of work dedicated to theories about the Japanese has assumed an industrial scale.
Japanese identity, like their soy sauce, was fermented over long centuries of isolation. Out of the pungent darkness of Japanese history, emerged the sauce and the samurai as metaphor. In 552 AD, as the first two silkworm eggs were smuggled in bamboo rods from China to Constantinople, Buddhism entered Japan from the other direction, along with vegetarian influences, and soy-based seasonings. The sauce itself arrived two centuries later, with the monk Kōbō-Daishi, who also brought the kanji Chinese syllabary, and a poem that used every phonetic character, just once.

‘Although its scent still lingers on
the form of a flower has scattered away
For whom will the glory
of this world remain unchanged?
Arriving today at the yonder side
of the deep mountains of evanescent existence
We shall never allow ourselves to drift away
intoxicated, in the world of shallow dreams.’

‘I’ve never really wanted to go to Japan. Simply because I don’t
like eating fish. And I know that's very popular out there in
Africa.’
Britney Spears 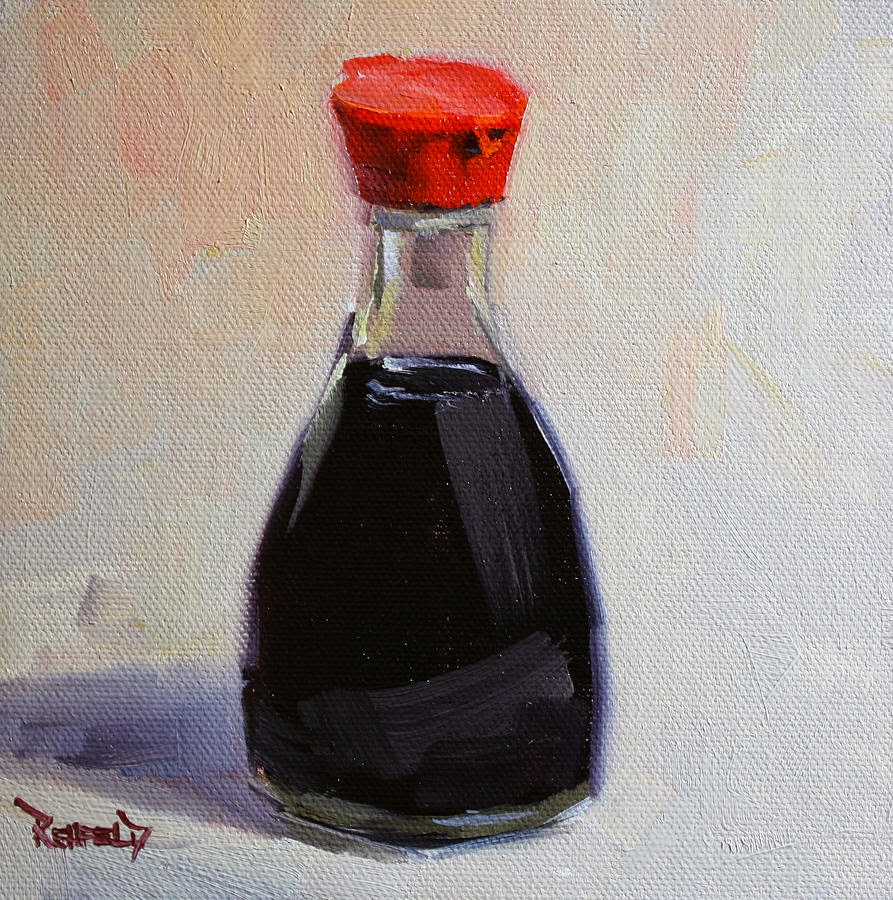 The look in their eyes, when I told them I was going to Japan, fell somewhere between wonder and ‘I wonder.’ Which, after all, was where it had always been. Anthony Bourdain, the itinerant chef who had started his cooking career with a spoon and a Bic lighter, got it right. I think all of us understand that we don't understand anything about Japan.
Most remote islands of the imagination conjure up paradise. The principle product of the Nippon archipelago is puzzlement. Who are these people? How do they view themselves, and others? What makes them behave so well, and so badly? And why is Japan the weirdest place on Earth?
The shortest escalator anywhere is located in the basement of More’s Department store in Kawasaki. It has only five steps and is 32.8 inches high. Every spring, on the first Sunday in April, the loyal shoppers come off their stairs, to participate in Kanamara Matsuri. They carry the planet’s largest Day-Glo pink penis parade float, on its mikoshi divine portable palanquin, through crowded streets to the Kanayama-jinja, a local Shinto piston-venerating shrine, once popular with prostitutes praying for protection from sexually-transmitted diseases. The Festival of the Steel Phallus is a happy celebration by any measure, and the central theme is represented in carved vegetables, illustrations and decorations, and the lollipops and popsicles on the lips of a sea of uniformed giggling schoolgirls. The only parade in my hometown was held in honour of Santa Claus. I would have felt cheated, but for the folk legend behind his Japanese erection exaltation equivalent. A sharp-toothed demon had hidden inside the vagina of a young woman, and castrated two young men on their wedding nights. The young woman sought help from a blacksmith, who fashioned an iron phallus to break the demon's teeth, which led to the enshrinement of the item. Given a choice between a parade for a demonic tooth fairy or Saint Nick, Santa never gave me nightmares. (Besides, he had every reason to be jolly. He knew where all the nice and naughty girls lived).


‘I myself have been tempted for a long time by the cloud
moving wind- filled with a strong desire to wander…’
Basho, The Narrow Road to the Deep North 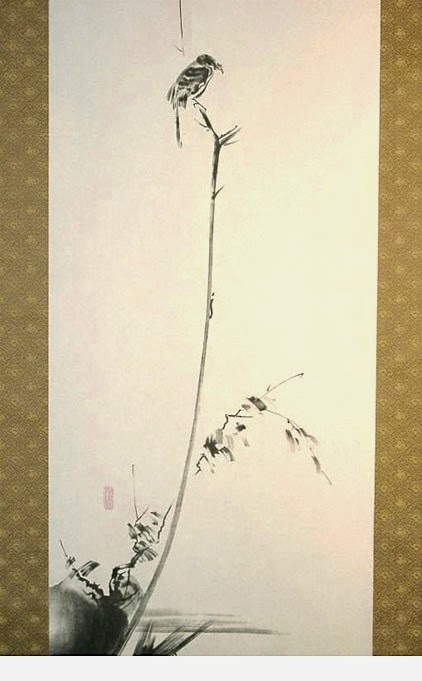 Just a minute. You blew by the dedications so fast you either knew who they were, or you didn’t care. You didn’t know at least one of them, so it must have been the second reason. I don’t want you going any further until you care. So just a minute.
The three men were not samurai. Indeed, they represented more of what eluded samurai than what defined them. What the three men embodied is nothing more than the three noble paths that a man can take in life. If he is lucky, he can take all three. I have been that lucky.
Bashō was the quintessential lyrical traveler, opening himself up to meet the world and all the people in it, as I was in my five years of hitchhiking around the planet in my late 20s.
Kenji was a chain-smoking hard-drinking neurosurgeon with long black curly hair and bushy beard and eyebrows, who picked me up on my way to Kageshima on June 18, 1984. He probably told me his last name, but I lost it. He’s probably dead by now, but back then he was very much alive. Kenji was serving humanity with all the skill and knowledge he could muster. His eyebrows went up a notch when he found out I was also a physician. They went up a lot when he found out about the hitchhiking the world part.
“I want to drink with you.” He said, like I had no choice. I didn’t need one. After his clinic in Minimata, we ate too much sashimi, drank too much sake, smoked too many cigarettes, and sang too much karaoke with his fishermen friends. He left me next morning with a new shirt, and a renewed purpose. When I got back, I would serve humanity with all the skill and knowledge I could muster.
Kamo no Chōmei was the Thoreau of Japan. He was the last prototype of the first man, a twelfth century hermetic aesthete who took his leave from humanity, to live simply in nature. He wrote down his thoughts in his Notebook of a Ten Square Rush Mat Sized World, the way I wrote down mine, in Westwood Lake Chronicles. And that’s the best way for a man’s life to go, in the world of all people, some people, and no people, in no particular order.
The male journey of a samurai was not as sanguine, although there was plenty of blood. Their lyrical verse consisted of death poems. If they wandered, it was because they had become masterless rōnin. They wore their poverty not as a badge of pride but of shame. They didn’t serve humanity with all the skill and knowledge they could muster, but one warlord. When they were in nature, in a Zen garden or in a tea ceremony, they were rarely alone and, even if they became monks, they were usually with other monks. Their moon-viewing and wind-scattered cherry blossoms were even more ephemeral than ours. They were the prototype of pathos.
So, now that you know the difference between those who lived the perfect life and those who lived for the perfect death, you can understand why you shouldn’t have blown by the dedication. Now you can read the book.

For Bashō and Kenji and Kamo no Chōmei
Posted by Find Refuge. at 08:55 No comments: 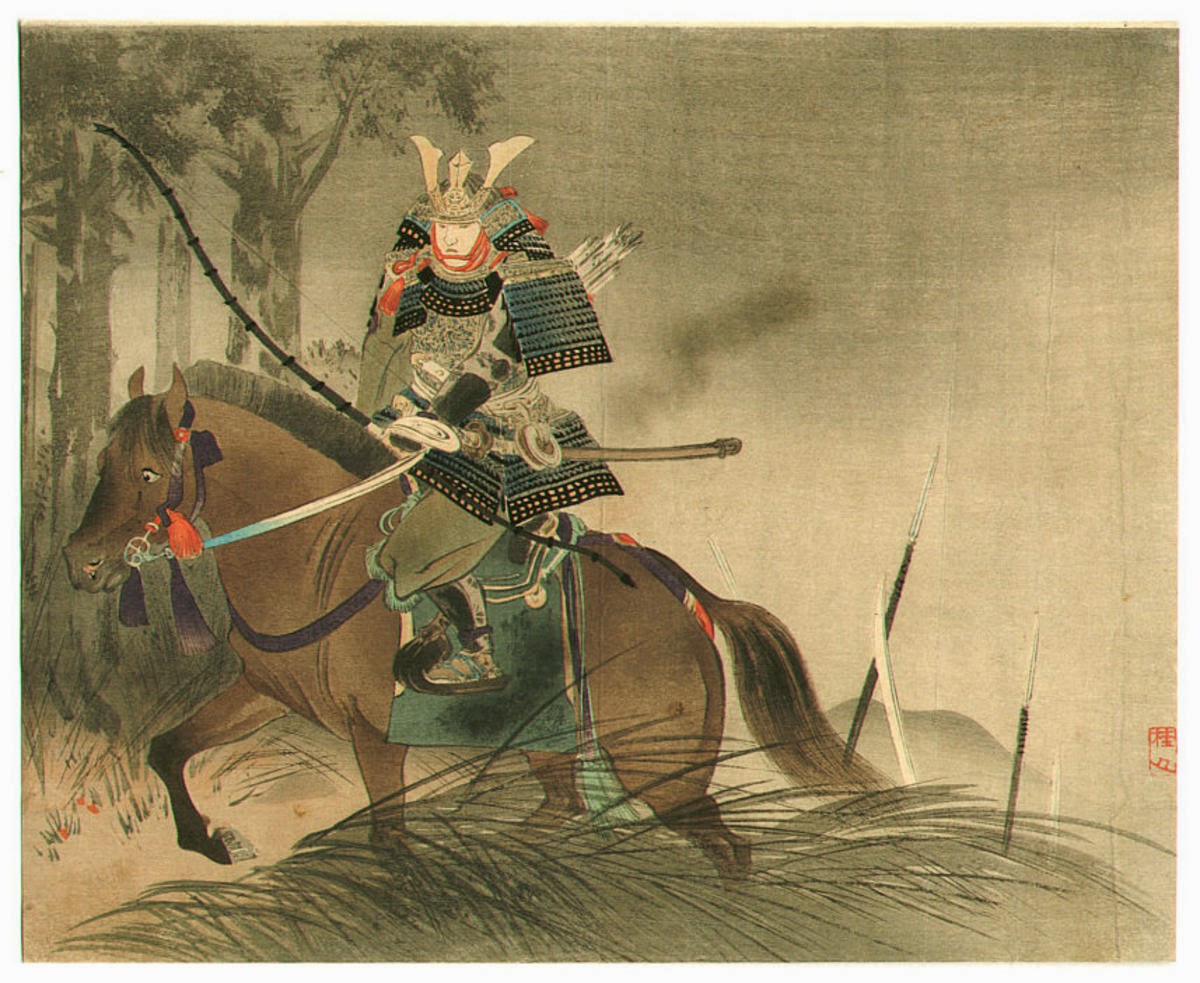